The Consumer Electronics Show (CES) 2023, which took place in Las Vegas, showcased a range of new technologies that are bringing a sense of smell and touch to the metaverse. The metaverse, a three-dimensional virtual community where people can interact, work, and play, was a major focus of this year’s event.

One of the most exciting developments in this area was the unveiling of OVR Technology’s headset, which contains a cartridge with eight primary aromas that can be combined to create different scents. This technology could allow users to fully immerse themselves in virtual environments, with the added ability to smell different scents as they interact with the virtual world. This technology is set to debut this year, making it a highly anticipated product for VR enthusiasts.

Another notable development was the release of a high-end virtual reality (VR) headset from Taiwanese tech giant HTC, which aims to compete with market leader Meta. The company’s new headset boasts an advanced display and improved motion tracking capabilities, allowing for a more immersive and realistic virtual experience. Additionally, a number of other companies and startups showcased augmented reality (AR) glasses and sensory technologies that can help users feel and even smell in a virtual environment.

One of the key advantages of these advancements in metaverse technology is that it allows for greater immersion and engagement in virtual environments. The ability to smell different scents and feel tactile sensations can help to create a more realistic and believable virtual world. This has significant implications for industries such as gaming, where players can fully immerse themselves in a game’s environment, and in the film industry, where viewers can feel like they are part of the story.

It also have significance in other areas as well such as training, education and therapy fields. For example, a virtual environment that simulates a real-world experience can be used to train professionals, such as surgeons or firefighters, in a safe and controlled environment. Similarly, virtual environments can be used for educational and therapeutic purposes, allowing users to experience and explore different scenarios and settings.

The advancements in metaverse technology are also expected to have a significant impact on how we work and interact with one another. Virtual meeting and collaboration tools are becoming increasingly common, and with the ability to feel and smell in virtual environments, virtual meetings and collaborations could become even more natural and realistic. This could revolutionize the way we work, potentially leading to more efficient and productive meetings.

In conclusion, the advancements in smelling and touching technology showcased at CES 2023 are set to greatly enhance the metaverse experience. These innovations have the potential to revolutionize a variety of industries and could change how we work and interact with one another. As the technology continues to improve and become more widely adopted, we can expect to see an increasingly immersive and realistic virtual world. 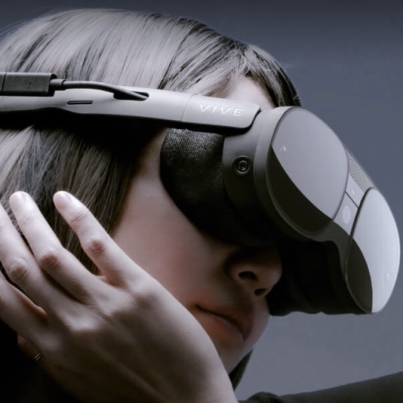